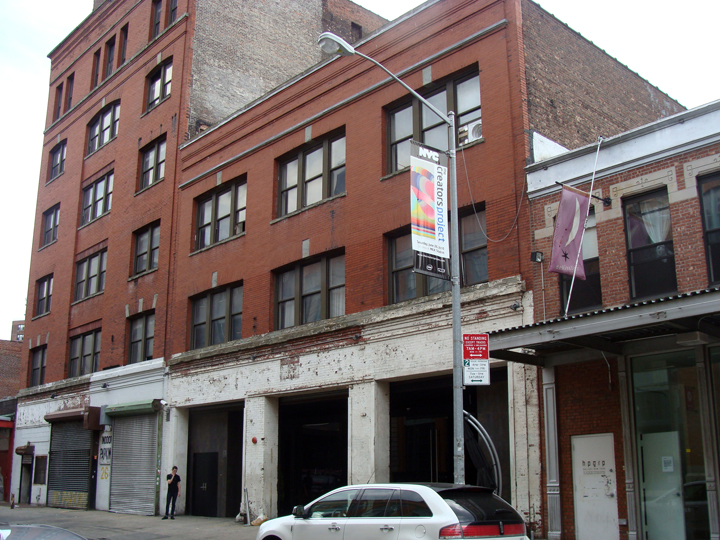 Application:
A neo-Georgian style stable building designed by John M. Baker and built in 1911. Application is to install a fence and a wall at the roof.

Status as of July 13th, 2010: LATEST NEWS
At the July 13th Landmarks Preservation Commission public hearing, the Commission voted to approve the application.

Status as of July 6th, 2010:
At the July 6th Community Board 2 public hearing, the architect presented plans that will be shown to the Landmarks Preservation Commission on July 13th. The applicant is proposing to add a railing to the roof, which would be constructed of either: 1) glass with metal posts or 2) glass only (the applicant indicated they were open to either option). The proposal also involves constructing a wall to act as a sound barrier for the existing mechanicals, and re-shaping an existing bulkhead and re-cladding it in corrugated metal.