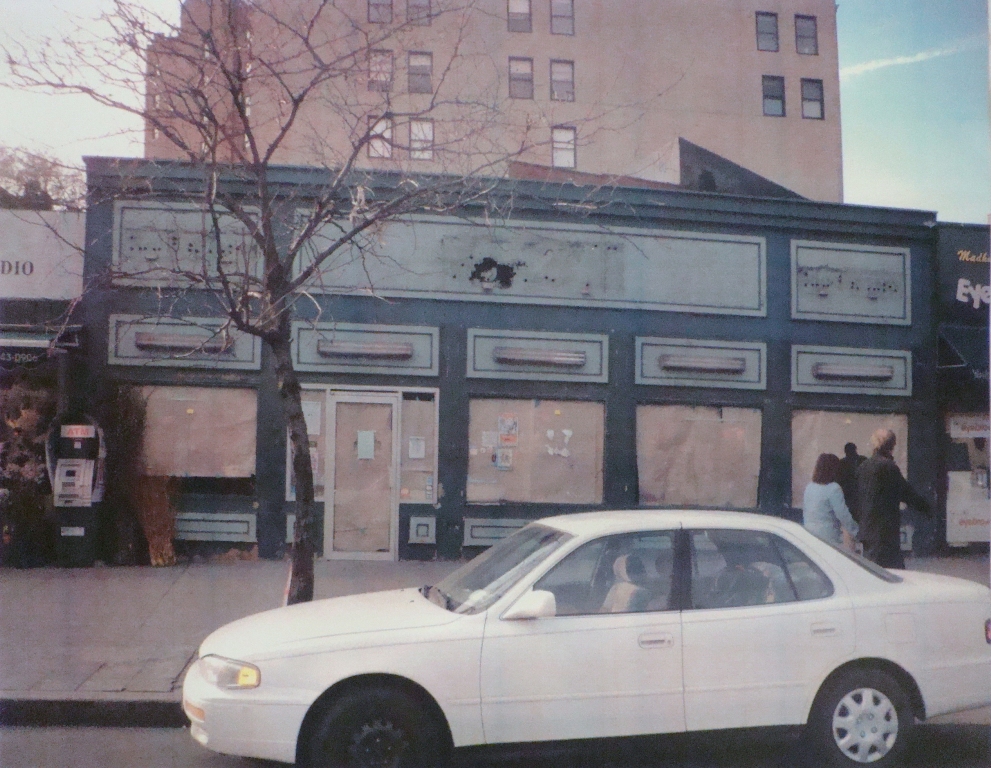 Application:
A one-story commercial building built in the 20th century. Application is to install storefront infill, signage and lighting.

This application is closed.  Application approved with modifications on April 6, 2010.

Status:
A public hearing on this application was held at the Landmarks Preservation Commission on Tuesday, April 6th. The Commission approved the application, but asked for modifications to the proposal.

The applicant proposed to construct a wooden storefront, painted green, with French doors. The Commission was approving of all aspects of the proposal, except for the number of gooseneck lights, which they said should be reduced.