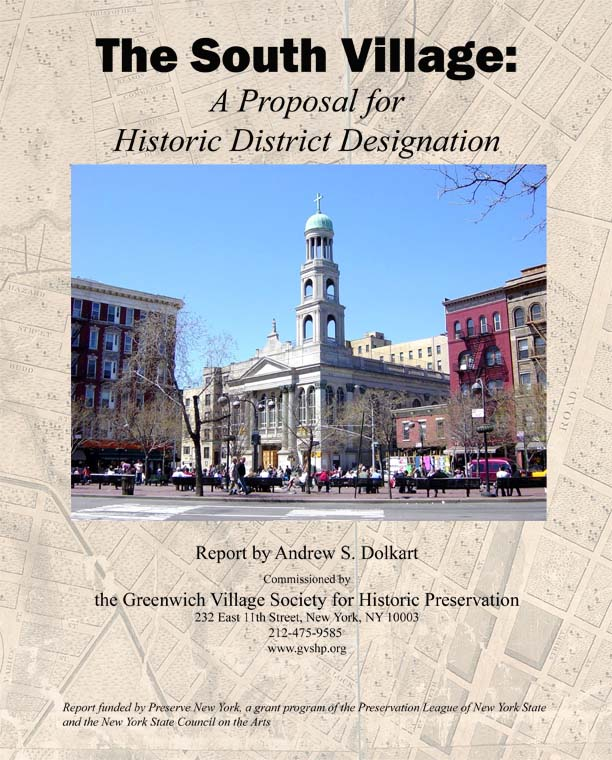 For historic preservationists, who often use the built environment as a major source of information about a community’s past, the hardest stories to capture are those where the physical trace no longer remains. We can find evidence of the many communities that have called the Village home over the years in the built fabric of the neighborhood: Native Americans from the paths they used that became main thoroughfares such as Bowery and Broadway, the Irish community from churches such as a St. Veronica’s and St. Johns, and the Italian community from the organizations, institutions, and stores that still exist today. But it is much harder to trace the African-American community that called the Village home from the 1860s through the turn of the 20th century. Fortunately, a number of scholars have documented the community that came to be known as Little Africa.

In the Greenwich Village Society for Historic Preservation’s report The South Village: A Proposal for Historic District Designation, architectural historian Andrew Dolkart refers to James Weldon Johnson’s Black Manhattan and Jacob Riis’ How the Other Half Lives documentation of blacks living along Minetta Lane and Sullivan, Thompson, Carmine, and Grove Streets, particularly from the 1860s to the turn of the 20th century. Dolkart enumerates what the census can tell us about a community, noting that in 1880, most African Americans on Cornelia Street were migrants from the South, preceding the Great Migration that swelled northern cities with black migrants from the south in the early 20th century. He also notes that the census can provide information on housing patterns, and explains that while blacks and white immigrants might live next door to one another, the pattern, at least in Little Africa, was for blacks to occupy all one building. He cites the example of the 1900 census and 32 Cornelia Street. The census lists all black residents for that building, while next door at 30 Cornelia Street, the building housed white families of Italian, German, and French descent, along with native born white families.

Cultural sources can also reveal much about a community. Theater historian Quiche Stone researched William Brown’s African Grove Theatre, a black owned and operated theater on the corner of Bleecker and Mercer Streets that presented productions with a black cast. Actors were so harassed they often faced violent disruptions and were even jailed. Ms. Stone present a lecture on the topic in the fall of 2008 for GVSHP, noting that she found much of her information in newspapers.

So while the traces of the African American community of the South Village may have disappeared from the built environment, there are many other means to supplement our understanding of this important community who called the neighborhood home.