Recently someone asked me about a building he walked by in the East Village. Showing me a photo of the building on his phone, he figured it was a substation but was curious to learn more. I told him that GVSHP has completed a huge architectural survey of the neighborhood – over 3,000 buildings! – and so I’d get back to him with more information. 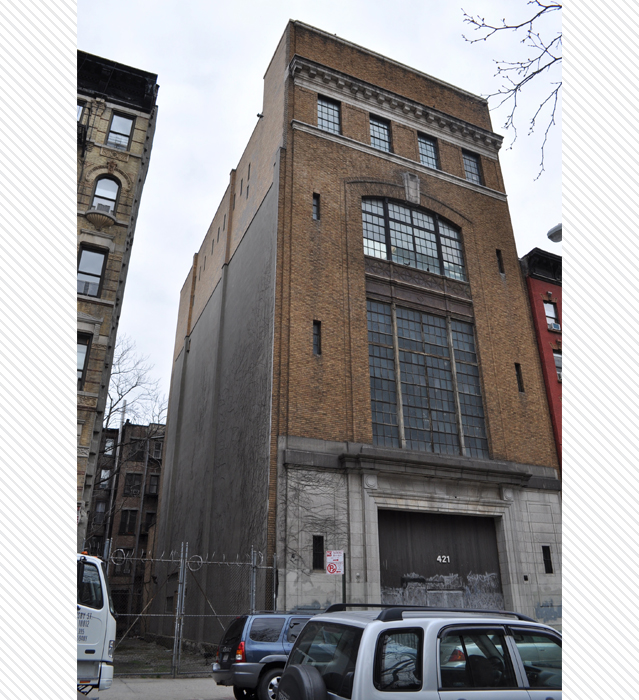 The building is located at 421-423 East 6th Street, between First Avenue and Avenue A, and the photo above was taken by GVSHP along with photos of every other structure in the survey area. Original permits now on file in our office indicates that this building was designed by William H. Whitehill and constructed in 1919 for The New York Edison Company. Two buildings, presumably tenements, were demolished in that same year to make way for the structure.

While the building could use a little TLC, we’re happy to share that it’s located within the recently designated East Village-Lower East Side Historic District. You can read more about this district here and learn more about GVSHP’s advocacy work in the East Village here.

According to a 1919 Board of Appeals resolution, the “four-story fireproof transformer building” would accommodate a switchboard room, static air chambers, blower room and rotary foundations on the first floor; rotaries, transformer, and booster compensator on the second floor; a battery room on the third floor; and a high tension room and blower and exhaust chambers on the fourth floor. Three people would work on the first floor and two on the second. The resolution indicates that the superintendent of buildings at that time initially denied The New York Edison Company’s wish to construct the building, seemingly due to concerns about fireproofing and electrical fires.

By 1912, The New York Edison Company served “practically every street of Manhattan and the Bronx.” The same 1922 source, “Forty Years of Edison Service, 1882-1922”, mentions that the Sixth Street Station, as it was known, opened in 1920. It was by this time that The New York Edison Company had emerged as the biggest provider of electrical power in the city, having bought out a number of companies in the years prior. In 1936, the company incorporated and took on the familiar name that most New Yorkers know through their electric bill payments today: the Consolidated Edison Company of New York (or Con Ed). 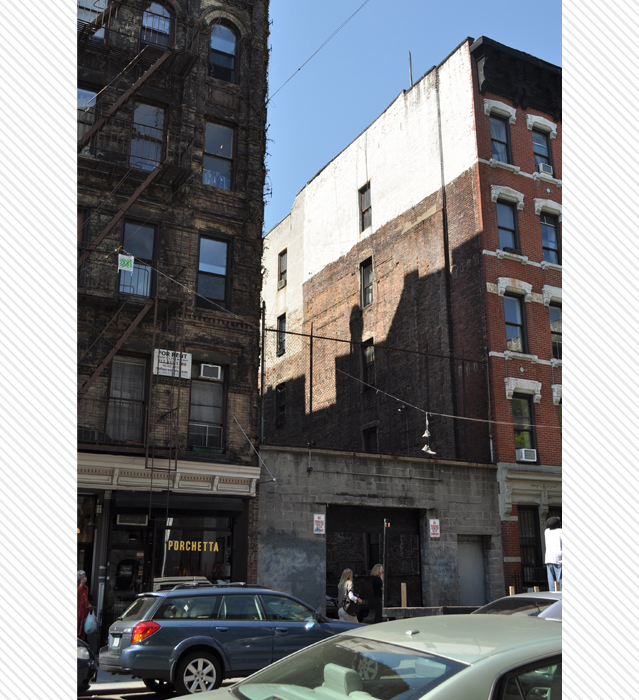 In 1963, an alteration permit indicates that the building’s use was changed to accommodate a “photo studio, developing, printing & offices.” As in 1919, the building was only allowed to hold five people at any one time. The permit also reveals that the 1926 storage building (also built for The New York Edison Company as an electrical distributing station) on the East 7th Street side of the lot would be demolished. A loading/unloading area was created in its place, as well as a concrete ramp that accessed the 6th Street building’s second floor (parking for three cars was also provided).

The former Sixth Street Station is a reminder of the early years of widespread electricity in our city. Though no longer in use as a transformer building (various sources cite this location as the studio of artist Walter De Maria since 1980, though we’re not sure if this is still the case), it’s a great bit of history to note as you pass on by and also a wonderful example of adaptively reusing the city’s historic infrastructure.

3 responses to “Shining a Light on an East Village Landmark”