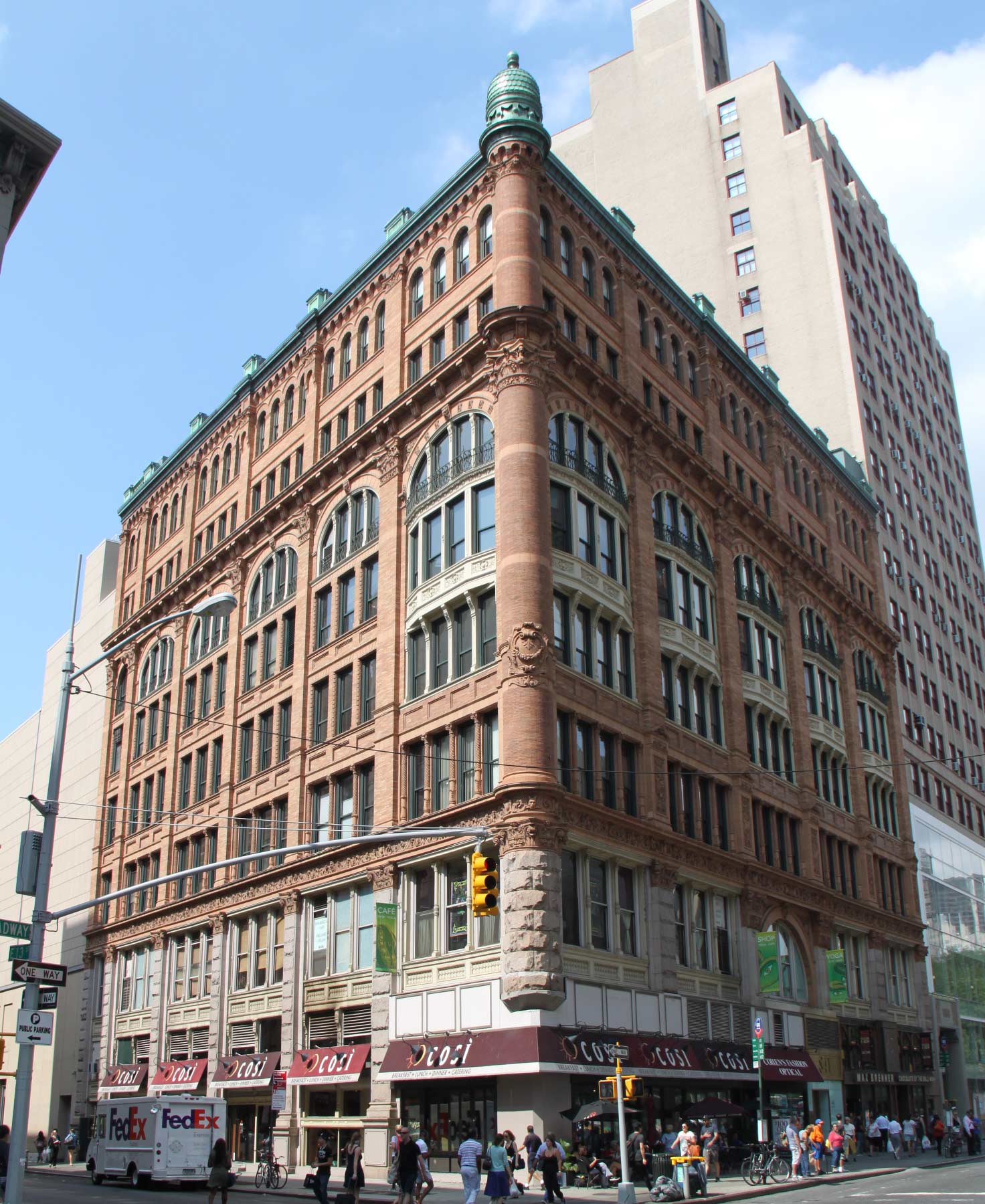 It’s been a while since our last Building Broadway post, but that doesn’t mean we’ve stopped admiring all those stunning structures along that oh-so-famous thoroughfare. Today’s feature is 841 Broadway, originally known as the Roosevelt Building when it was constructed in 1893. Yes, it was named after those Roosevelts, powerful merchants in 19th century New York before Teddy Roosevelt became the 26th U.S. President in 1901.

Designed by Stephen D. Hatch, the Renaissance Revival style building exhibits some exquisite terra cotta on both the East 13th Street and Broadway facades. Clearly no expense was spared in its creation.

Since there already have been a few detailed articles about the history of this magnificent building, I thought I’d focus today’s post on the very architectural details that grab my attention each and every time I walk by. If a picture is worth 1,000 words, then how about eight or nine of them? Click each for a larger view. 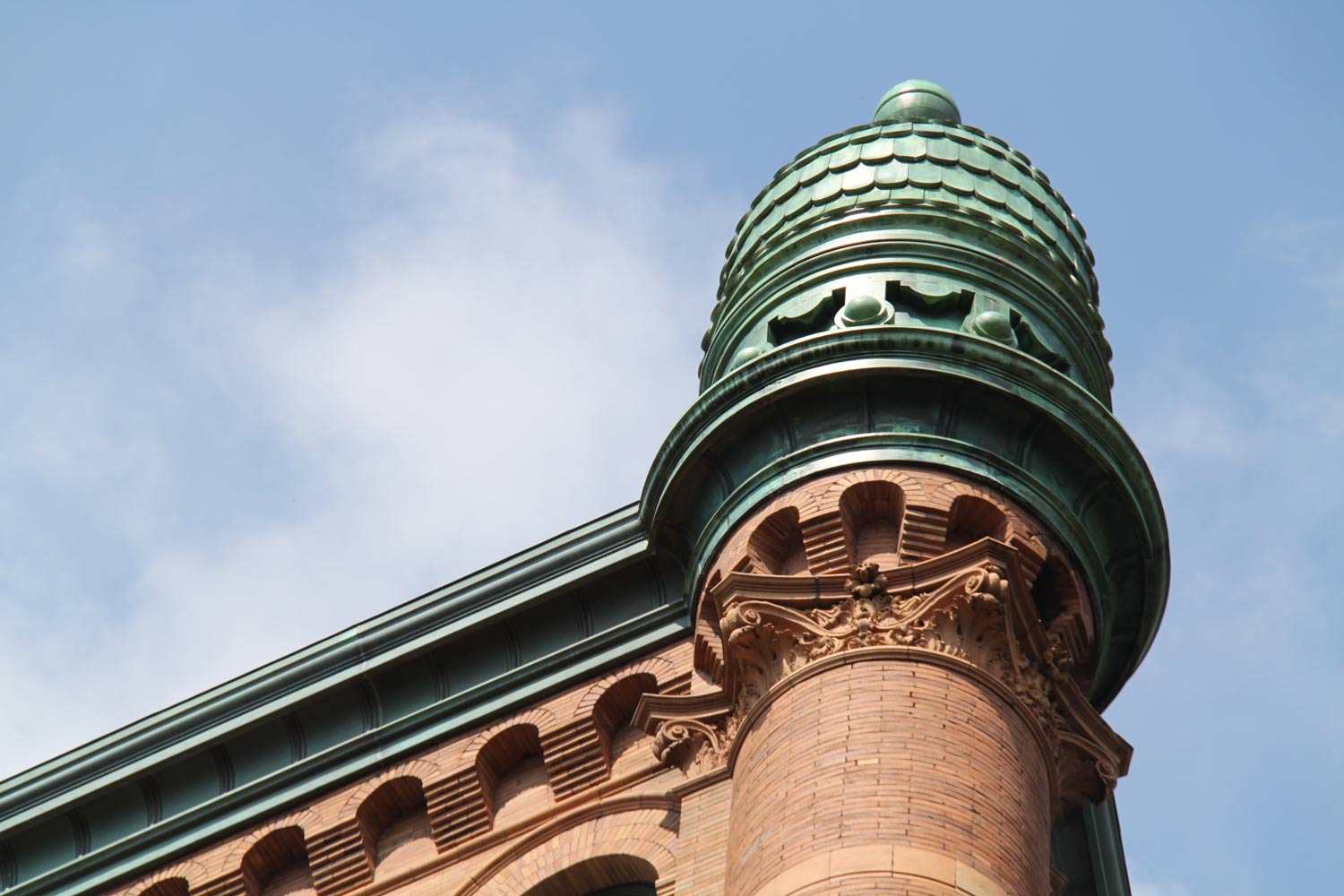 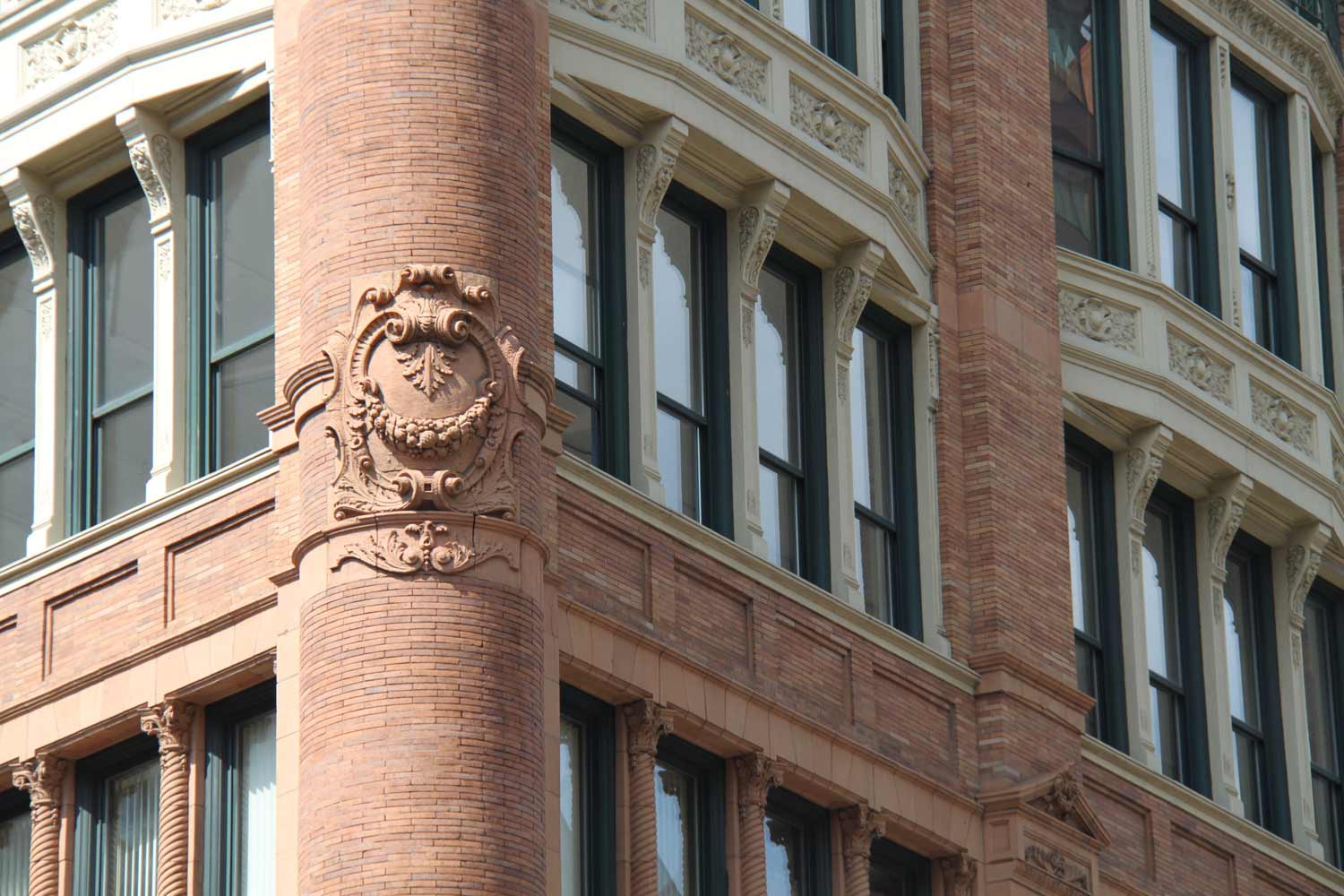 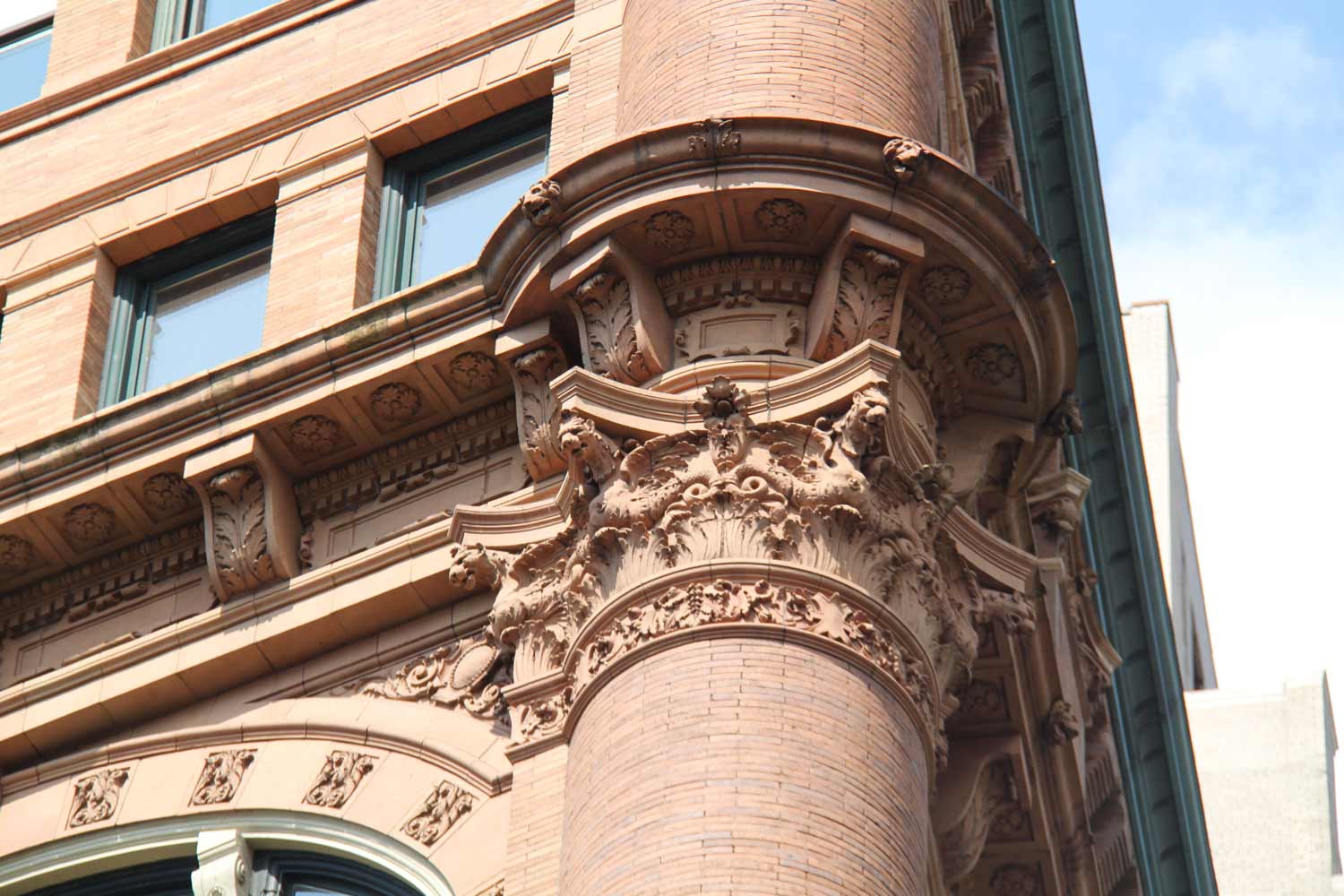 The building’s striking appearance today is in large part due to a 2007 renovation. According to Daytonian in Manhattan (who has additional history on the building), the “owners commissioned Israel Berger Architects to do a complete restoration of the façade, including cleaning, historic paint analysis for repainting the iron spandrel panels, replication of the terra-cotta elements too damaged to salvage and the reproduction of the lost copper cornice.”

It’s pretty remarkable that all this work was done to bring back the architectural splendor of a building that isn’t even a protected landmark. 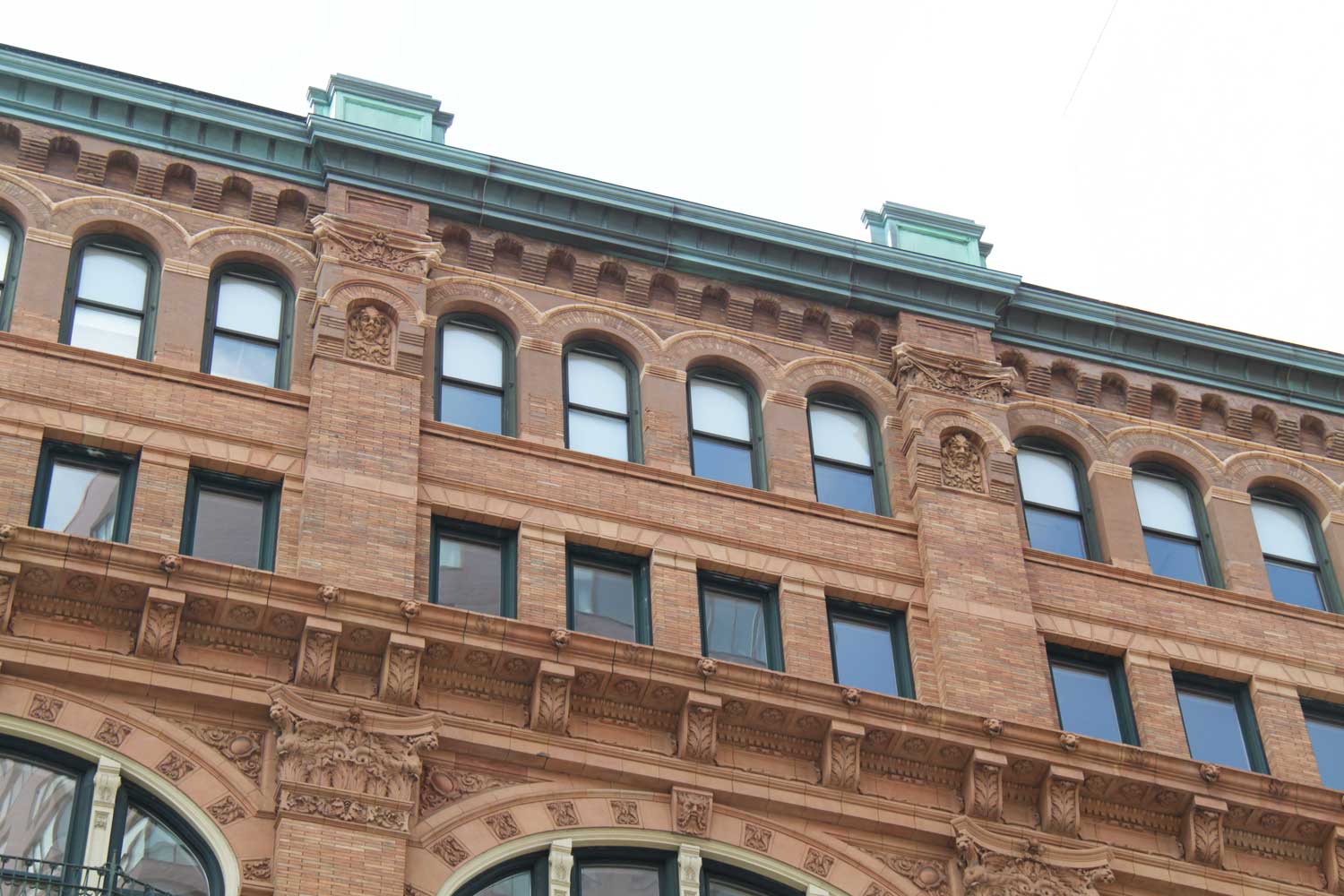 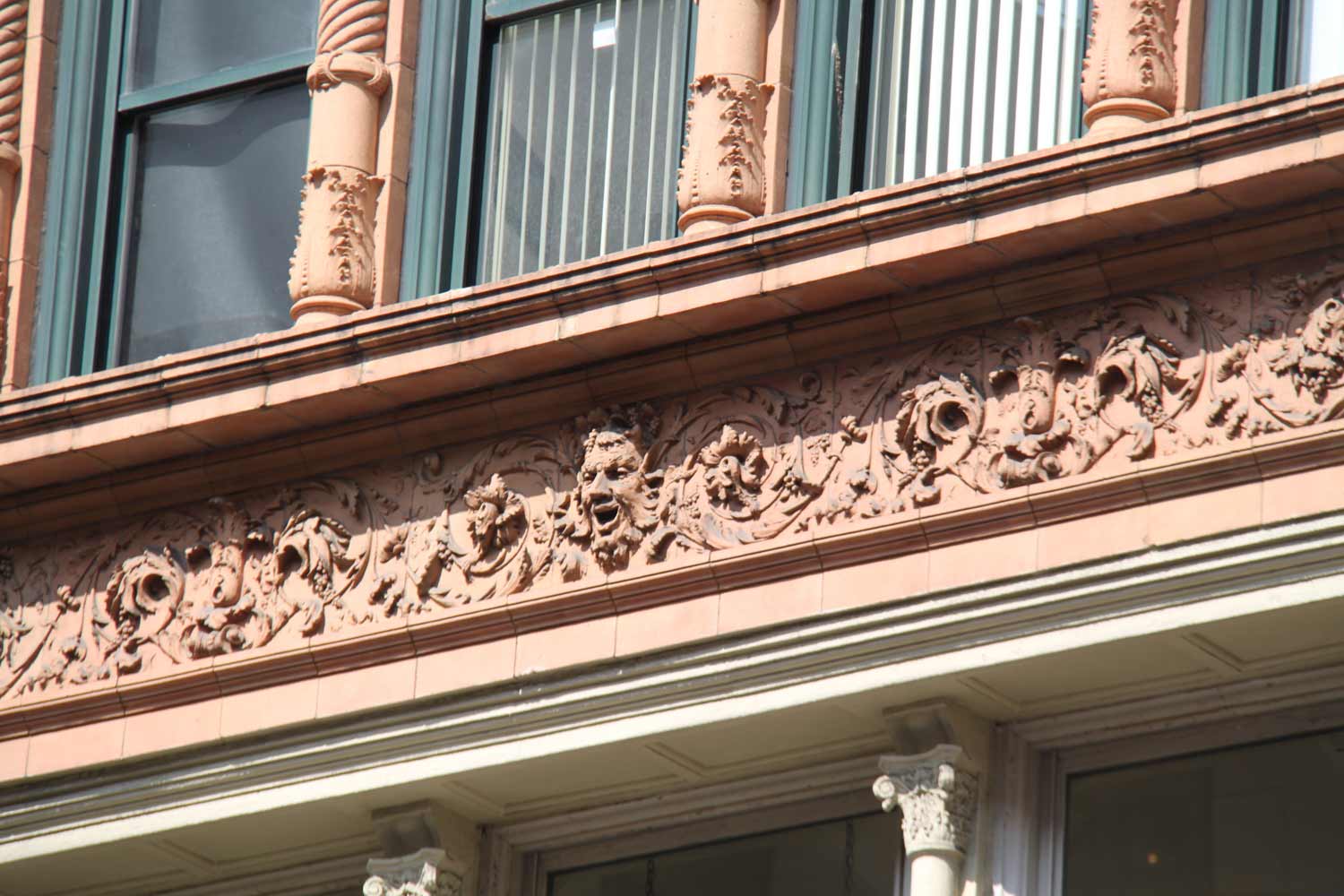 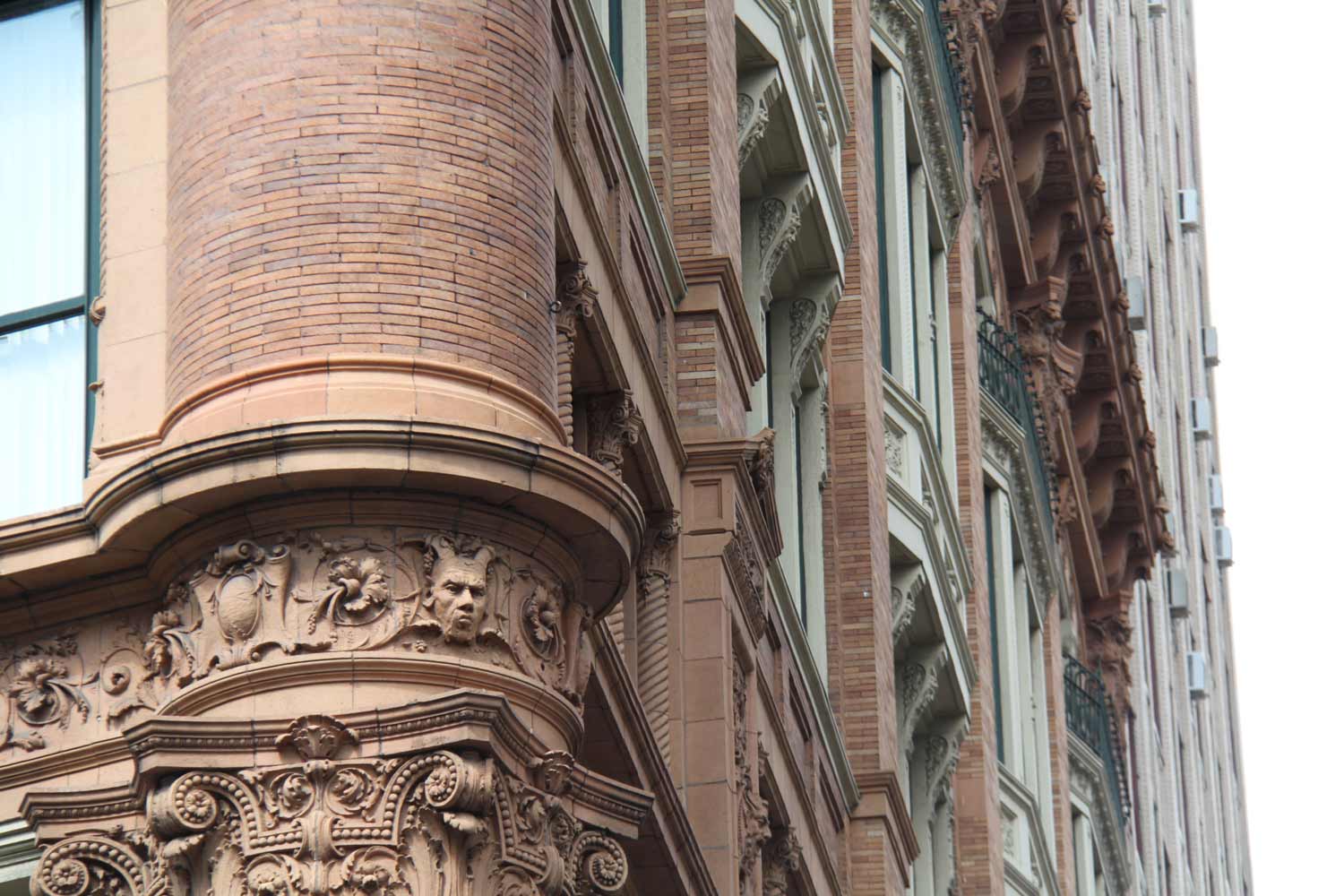 I love this shot because it really emphasizes the depth of the facade. Jutting bay windows supported by ornamental brackets, intricate terra-cotta details in the foreground, and projecting rectangular and curving piers clad in Roman brick.

An interesting contrast to the more modern building to the north (just visible in the background). 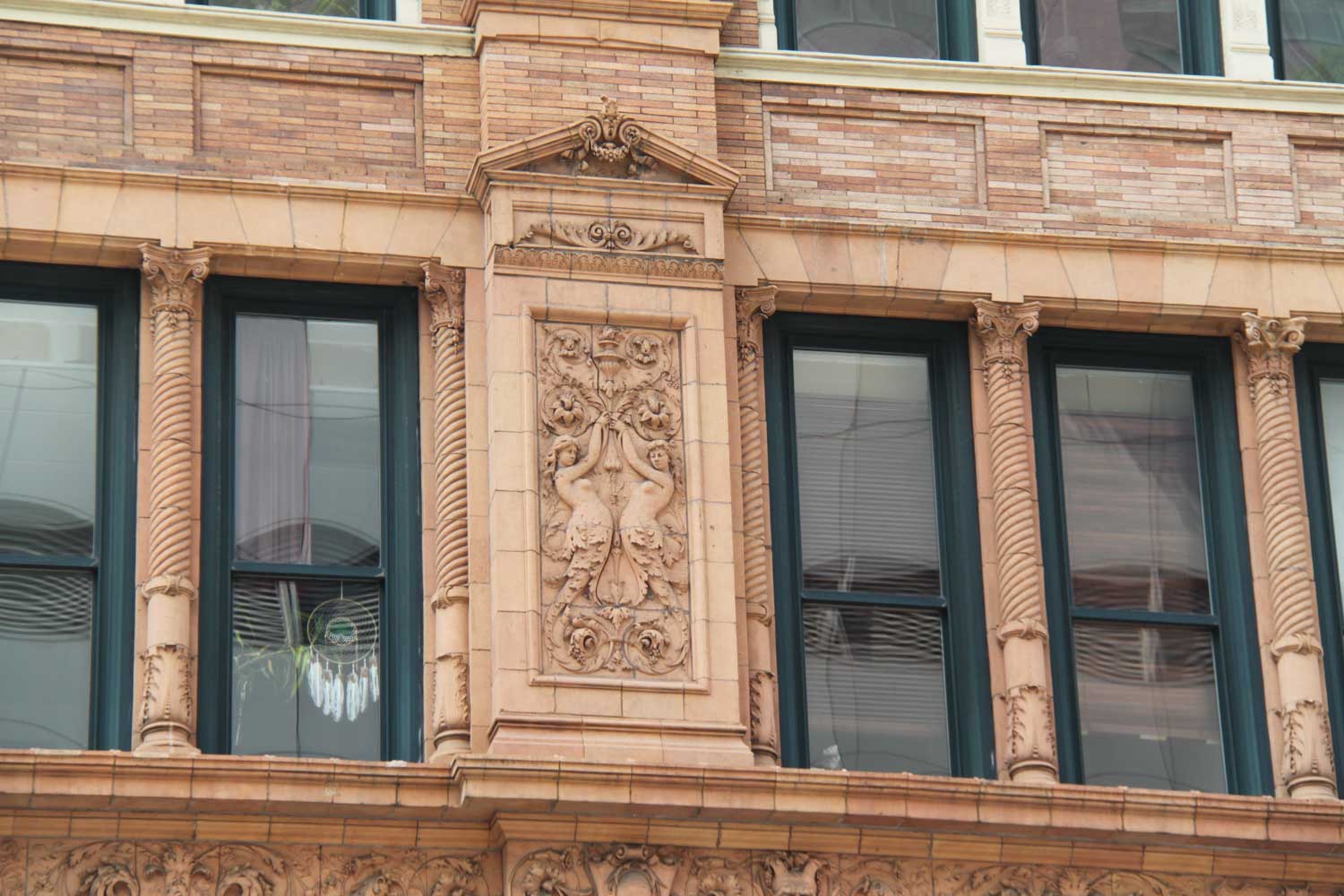 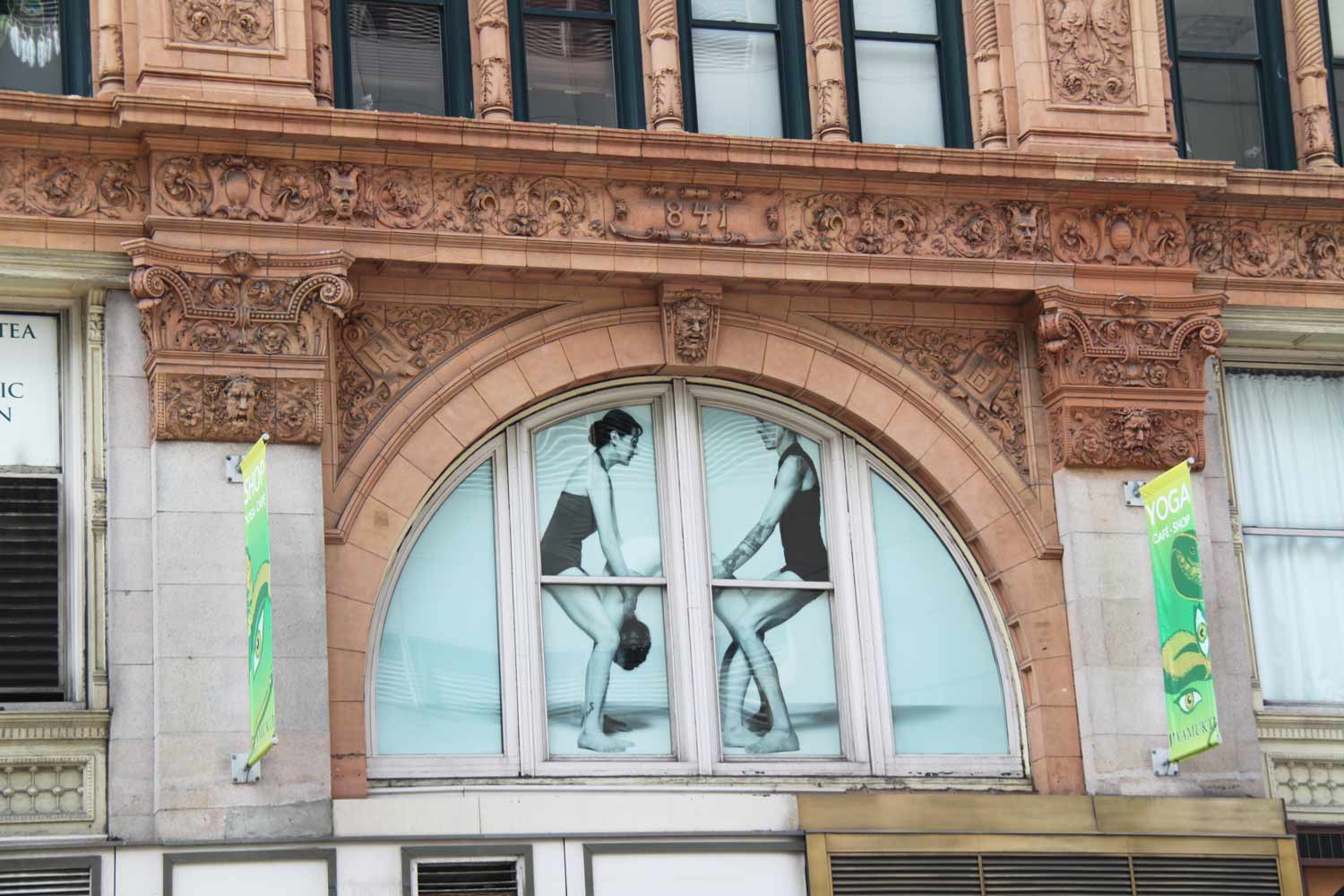 The monumental entrance on the Broadway side is all but gone, however the large terra-cotta arch remains along with the number “841” just above it. 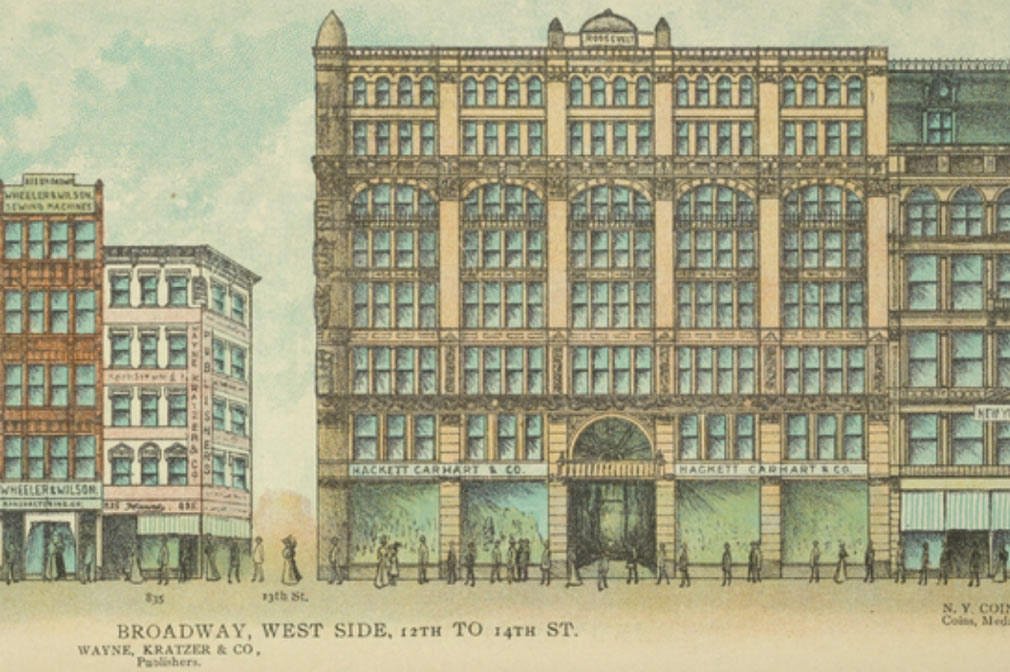 The 1899 illustrated drawing above gives an indication of what the main entrance and the ground floor looked like 115 years ago (or about 6 years after the building was completed). Barely visible at the center of the rooftop is the word “Roosevelt”, which unfortunately appears to have been lost.

Even still, the 2007 restoration is a nice tribute to this grand old building on Broadway. If only every owner would be as diligent of historic buildings that aren’t official, protected landmarks (ahem, NYU and the Brittany Building).

See you next time on Building Broadway!