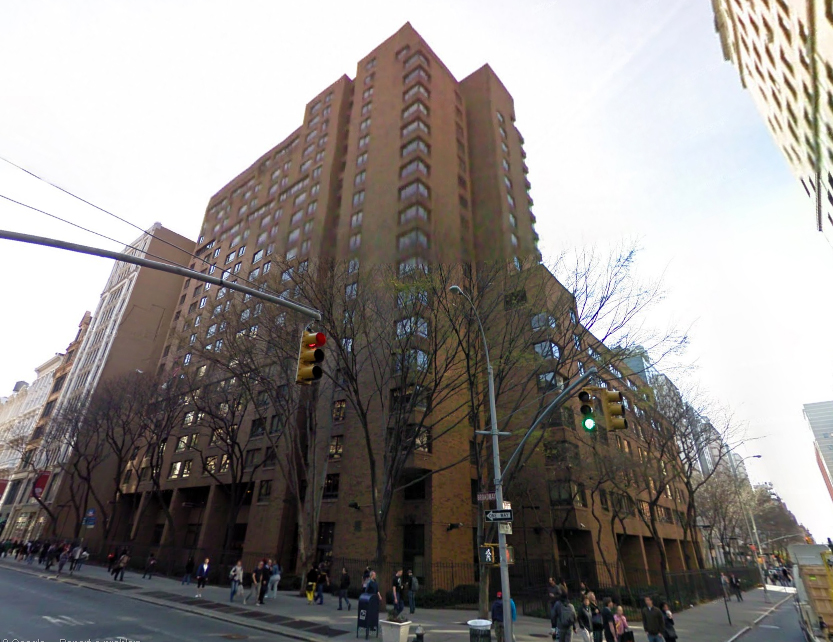 A Modern style residence hall designed by Benjamin Thompson & Associates and built in 1979-81. Application is to install a flagpole.

Note that a separate application for work on this building was approved on September 14th, 2010.

Status as of April 19th, 2011: LATEST NEWS
At the Landmarks Preservation Commission’s public hearing on April 19th, the Commission voted to approve the application.

Status as of April 11th, 2011:
At the Community 2 Landmarks & Public Aesthetics Committee meeting on April 11th, the applicant presented the proposal to will be heard at the Landmarks Preservation Commission on April 19th. The application is to install a flag pole on the Mercer Street side of the building.

Status as of April 4th, 2011:
This application is scheduled to be shown publicly for the first time at the Community Board 2 Landmarks & Public Aesthetics Committee public hearing at on Monday, April 11th, 2011, at 6:45 pm in the NYU Silver Building, 32 Waverly Pl. Room 405 (as these details are subject to change, please visit the Community Board’s calendar for the most up-to-date information). Public attendance and comments are welcome.