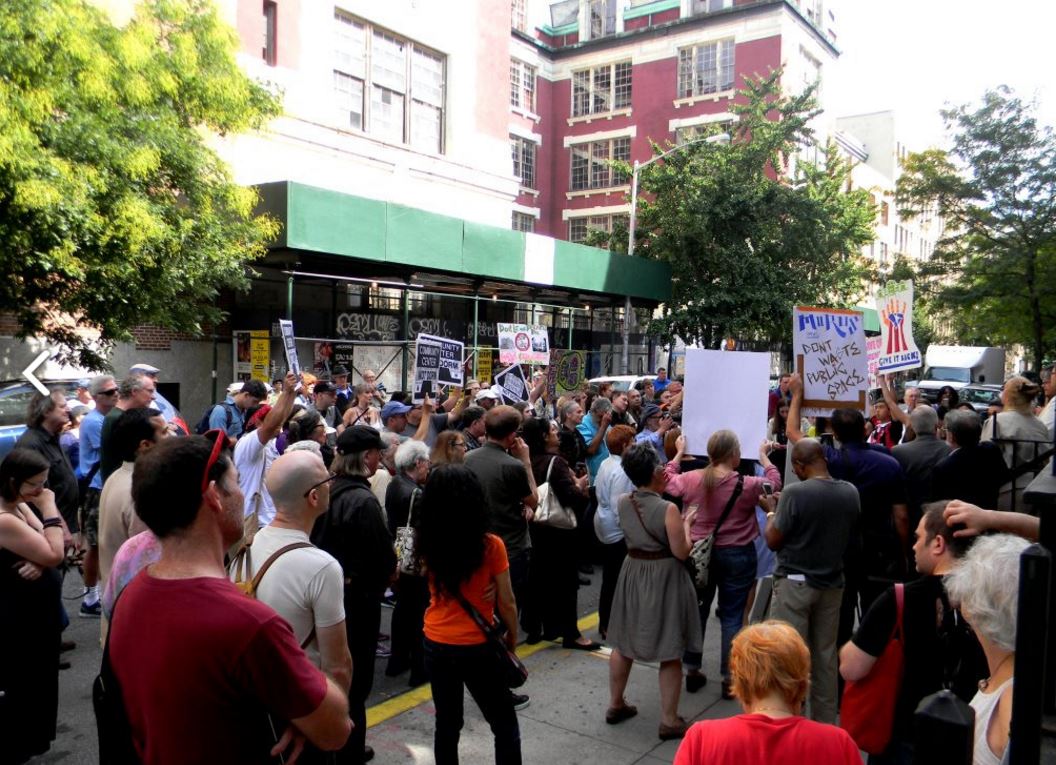 Read our blog posts about P.S.64/CHARAS

Village Preservation joined many others in successfully supporting landmark designation for the former P.S. 64 and Charas/El Bohio Cultural Center at 605 East 9th Street and in opposing the illegal “dorm-for-hire” scheme (which was eventually blocked) on the site and other efforts by the developer/owner of the site to destroy or disfigure the historic building. We are part of a coalition fighting to have the building returned to community use.

Photos from Rally for CHARAS/El Bohio

Rally Regarding Dangerous Conditions at the old P.S. 64