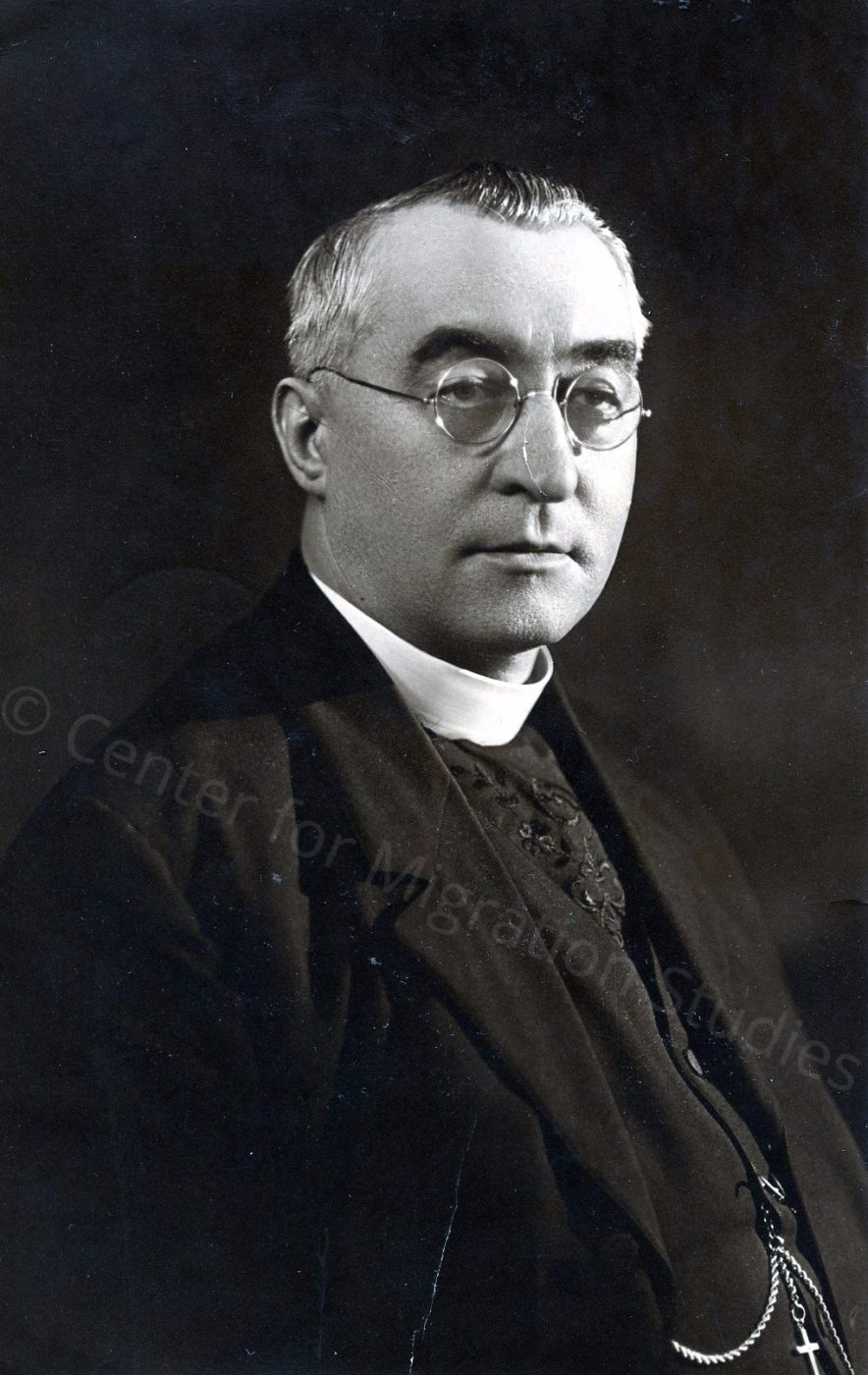 Father Demo was born in Bassano del Grappa in 1870. He entered the Scalabrini Fathers community. His training took longer than usual because it was interrupted twice, in 1891-1892 and again in 1895 for service in the Italian military; in the latter tour of duty, he was a member of the Carabinieri, a branch of the army that serves as a national police force. Ordained July 20, 1896, he was assigned as a prefect in the Scalabrinians’ seminary, then sent to the Scalabrinians’ Sacred Heart Church in Boston. He was tapped for duty at Our Lady of Pompei in 1897 when Pompei’s pastor, Francesco Zaboglio, suffered serious burns in a gas explosion in the church the congregation was then renting. His first accomplishment as pastor was to lead the congregation in renting 211 Bleecker Street, where it met until 1927. He also organized a parish day care center, then, when the city announced the congregation’s church would be torn down to extend Sixth Avenue south of Bleecker, he led the congregation in building its present church, parochial school, and rectory. Accused of financial irregularities, he was called to the Scalabrini Fathers’ headquarters in Rome to explain himself, then removed from his office. He was supposed to take a new position as a chaplain at Cabrini Hospital in Chicago but returned to Pompei instead, where he died January 6, 1936. Father Demo Square, at the intersection of Sixth Avenue, Carmine, and Bleecker Streets, in front of Our Lady of Pompei Church, was named after him in 1940.